In late spring of 2012, I left Haiti with a heavy heart, not knowing the next time I would return or work on Haiti projects again. I had fallen in love with the country, the work, and the people I had met along the way. I was ending my job as Global Health Program Officer at The Dartmouth Center for Health Care Delivery Science where I had managed a variety of projects in Haiti and was heading to graduate school for an MBA and MPH at University California Berkeley. 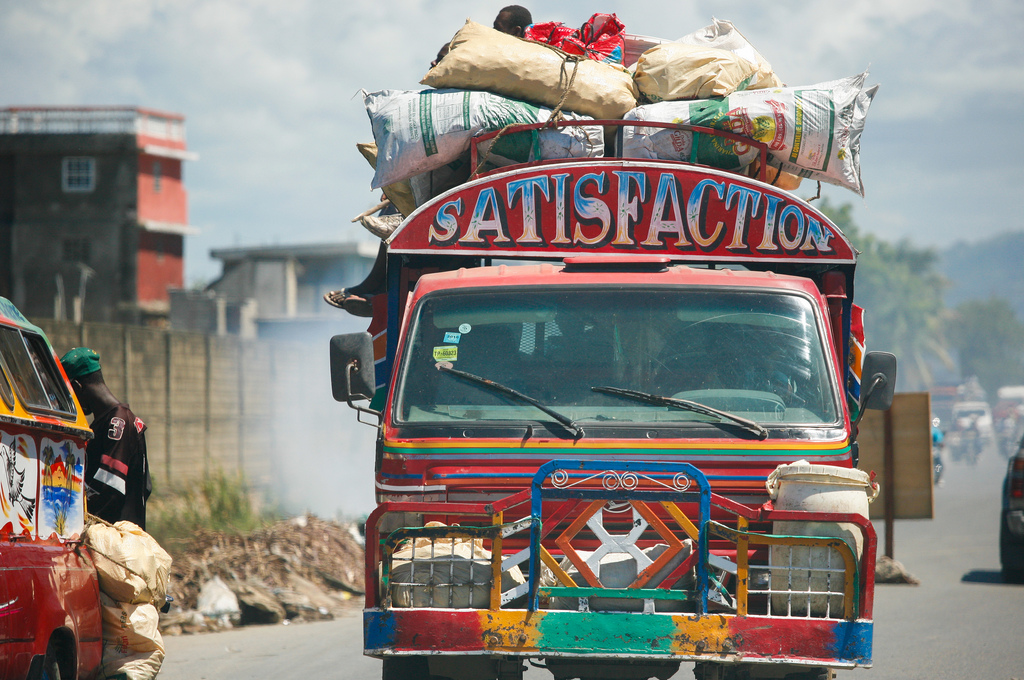 Haiti has faced many devastating challenges recently, including a 7.2 magnitude earthquake in January 2010 and a Cholera outbreak in October 2012 that collectively have affected hundreds of thousands of lives.

Dr. Paul Farmer and others, however, often describe Haiti, as an “acute-on-chronic” state, not just affected by disasters, but also chronically weak infrastructure. In my experience, I had seen how that lack of infrastructure created a void which non-governmental organizations and international donors tried to fill.  Haiti became the land of 1000s of NGOs, one of the highest per capita. These groups are all well-intentioned, but they are not all effective nor do they coordinate as much as they need to.

Personally, I worked with many of the non-profits on a variety of projects, initially organizing earthquake disaster relief, then providing clean water filters after the cholera outbreak to establishing longer-term tele-medical education programs; however, I wanted work on a more systematic level in the future in Haiti and other countries – hence my decision to go to graduate school. Fast-forward to Haas and the summer of 2013, and I found myself with the unique opportunity to work at The World Bank Group on the Haiti Health team. The team was working on two large grants for Cholera Elimination and Maternal and Child Health as well as other health projects.

Overall, I found The World Bank Group to be an incredibly impressive organization. On my team, I was surrounded with brilliant, yet practical colleagues who were passionate about creating large-scale impact in partnership with the government. In theory, partnership with the government allows for more sustainable solutions for improving health and breaking the poverty cycle. In reality, these partnerships often mean longer time frames and high-touch collaboration. The World Bank team I worked with had a great combination of expert academics, as well as people with deep country experience to operationalize projects. I learned an incredible amount from the team and the projects working on both the macro research and more tactical operationalization of the projects.

In October 2010, a cholera epidemic broke out in Haiti, the first in a century, and three years later the CDC has reported over 680,000 cases and 8,300 reported deaths with little signs of improvement. Initially, the World Bank committed $15 Million USD in the Cholera Emergency Response Project and as the grant was wrapping up, The World Bank Group continued to look at strategies to fight cholera. They were working with the government, other funders and implementers on the Regional Coalition for Water and Sanitation to Eliminate Cholera from Hispaniola, which aimed to provide a more coordinated front to face cholera with hopes of elimination. At the Bank, we worked closely with PAHO to coordinate a quarterly meeting with the partners. My role in this project was to create an easier way to map partner resources against the Ministry of Public Health and Population strategic short-term and long-term elimination plans. While I developed a simple excel tool as part of the work, the process and experience of coordinating amongst multiple partners was an informative experience that could highlight resources and geographic gaps in funding.

Maternal and Child Health and Results Based Financing

Haiti has high maternal and infant mortality and will likely fail to meet the 2015 Millennium Development Goals. The high rates of mortality are attributed to the decision to seek care, access to care, and the quality of care delivered. The latest District Health Survey in 2012, highlighted many of the demand side issues and showed that 63% of women were giving birth at home with 83% of women reporting some barriers of access to care On the supply side, there is a shortage of facilities and providers as well as many different organizations providing care at various quality levels. In order to increase the demand for health services as well as improve access and quality at the facility level, the World Bank was starting a $90 Million USD grant for Maternal and Child Health Integrated Social Services.

The grant funded polyvalent community agents to work with women in the community as well as setting up a results-based financing at the facilities.

On the Haiti Health team, I worked on multiple pieces of the project that helped me understand how a large strategic project could start to run on the ground. I initially worked to compile and the latest maternal health data that gave me a better picture of the situation as well as an update to the team since new surveys were released. After gaining an understanding of the picture through research and drawing on my on the ground experience, I worked on a variety of projects from helping to determine health indicators for the results-based financing to researching verification possibilities for the impact evaluation and writing terms of reference. I drew on leanings from my Haas courses including Impact Evaluation, Strategic Approaches to Global Social Impact, Leading People, Finance, and many other courses throughout the experience that made me realize how valuable Haas has been in my own development.  While I had learned a lot about results-based financing beforehand, the nuances of setting up the system was more complex than I had imagined, thus it was fascinating to help think of what could realistically be measured and enacted on the ground. Working on the project was a great experience to see how management tools and systems can help drive health outcomes.  After the experience, I have become further committed to make funding more effective and have continued to work on results-based financing research at UC Berkeley.

In addition to the two large grants, Cholera and Maternal and Child Health mentioned above, I had the opportunity to work on larger health financing projects.

While at the Bank, the Haiti team was focused on setting up financing mechanisms to incentivize more and improved care through results-based financing, but there were also larger concerns over sustainable health financing in Haiti more broadly. I assisted in a “Fiscal Space Analysis” report for Haiti on current spending, projected health spending needs, and potential avenues to increase sector-specific resources for health.  Specifically, I estimated how Haiti could generate revenues from various taxes and fees. The project was exciting since it offered the opportunity to get a more macro view of health financing in Haiti and allowed me to use my analytic abilities and skill set built up at Haas towards increasing resources for health

Not only did I get to work on a health financing project for Haiti, but also contributed to a report covering health financing in Latin America.  Using financing data from the World Bank database as well as information on the changing disease burden and recent health care reforms, I assisted in a chapter to create a regional view of health financing to better inform future initiatives and contribute to academic literature.

When I applied to Haas, I wrote about my desire to learn the management skills and gain the experience in order to “develop cost-effective strategies” to “strengthen health systems in developing countries.” The Rashell Young Fellowship, has enabled me have incredibly valuable experience early on in my career at the World Bank Group. I truly felt that I was able to contribute more to the World Bank and to the people of Haiti after a year of graduate school. I cannot thank the fellowship enough for supporting my summer internship, The World Bank Group  and Haiti Health team for taking me on to their team, and Haas for providing me the skill set to have a larger impact. In the future, I look forward to continue working in global health on systematic issues. 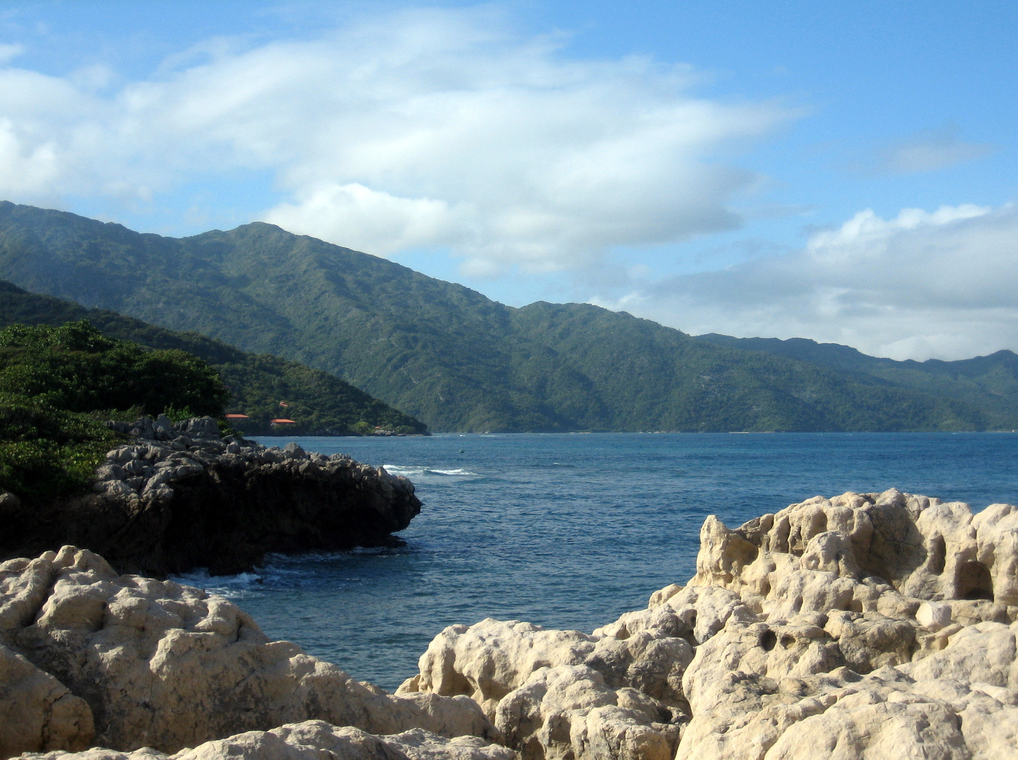